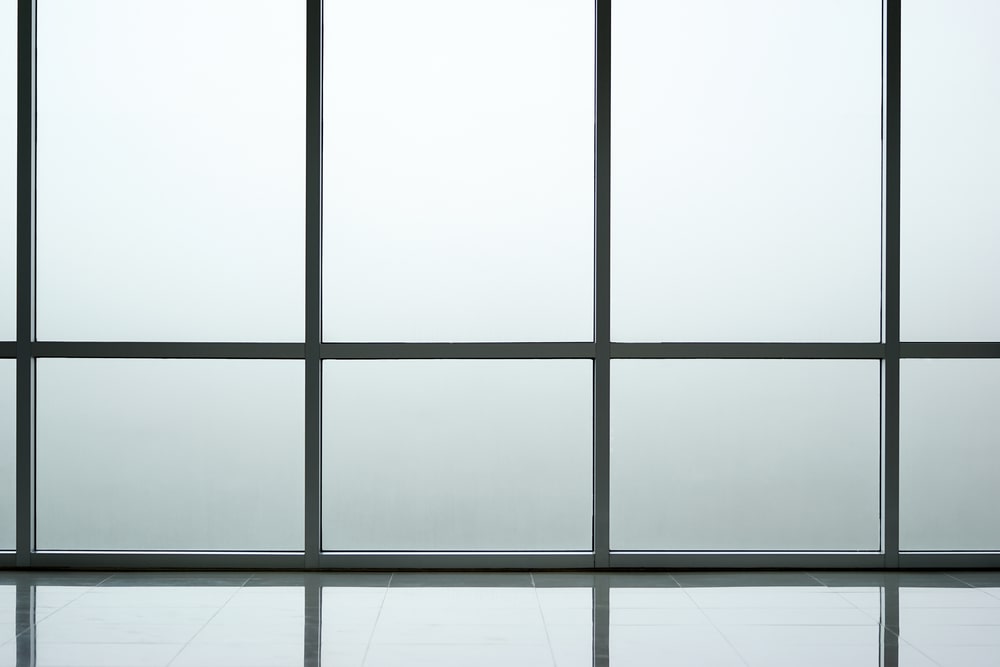 Frosted window film is a common window addition that is designed to be applied to existing windows to give it a unique frosted glass appearance. There are lots of reasons why people continue to use frosted glass for both commercial and residential situations. For example, it can provide privacy and safety at your home or office. People buying for residential reasons will also look to this type of window film as it can enhance the look of home décor and enable natural illumination whilst keeping harmful UV rays away.

Businesses will invest in high-quality frosted films on their windows due to their ease of keeping clean. Unlike some window films, frosted glass is very easy to clean. The frosted glass window film does not rust or corrode and frosted glass can be easily wiped clean with a cloth. This helps businesses keep office cleaning costs down – which is a big incentive. There are lots of applications of frosted window film so we’ve explored some of our favourites.

Frosted window films have a range of opaqueness that can range from near see-through to transparent to fully opaque. They can also differ in tones and colours. Frosted window film is great at providing offices and homes with a privacy barrier, especially in a built-up area.

Frosted glass is often a great choice for bathroom windows, due to its ability to distort or blur the inside. This helps increase privacy whilst maintaining the natural light coming into the room.

Frosted glass is truly unique and can add a touch of style to any home or commercial space without having to sacrifice any natural light. Frosted glass is designed to last for several years and is incredibly versatile, so it can be adapted to suit your requirements whether it be for a commercial or home installation. Beyond its functional benefits, frosted window film can also add a strong decorative element to your windows and is a unique addition to any space. It’s also easy to install and remove, so if you ever choose to remove it, it can be done easily.  However, if you are solely focused on the decorative aspect of frosted window film you should also consider a decorative window film instead.

In addition to privacy, frosted window film can also provide added security to homes and offices. Extremely sturdy window frosting films can reduce the chance of injuries and damage to property if windows have been attempted to be broken.