How To Keep An Empty Office Safe During Coronavirus
April 1, 2020 0 Comments

Window Film Insulation: Does it Work?

0
How To Keep Your Office Cool in Summer
13 February 2019
February 4, 2019 by Guardian Window Film in Energy window film 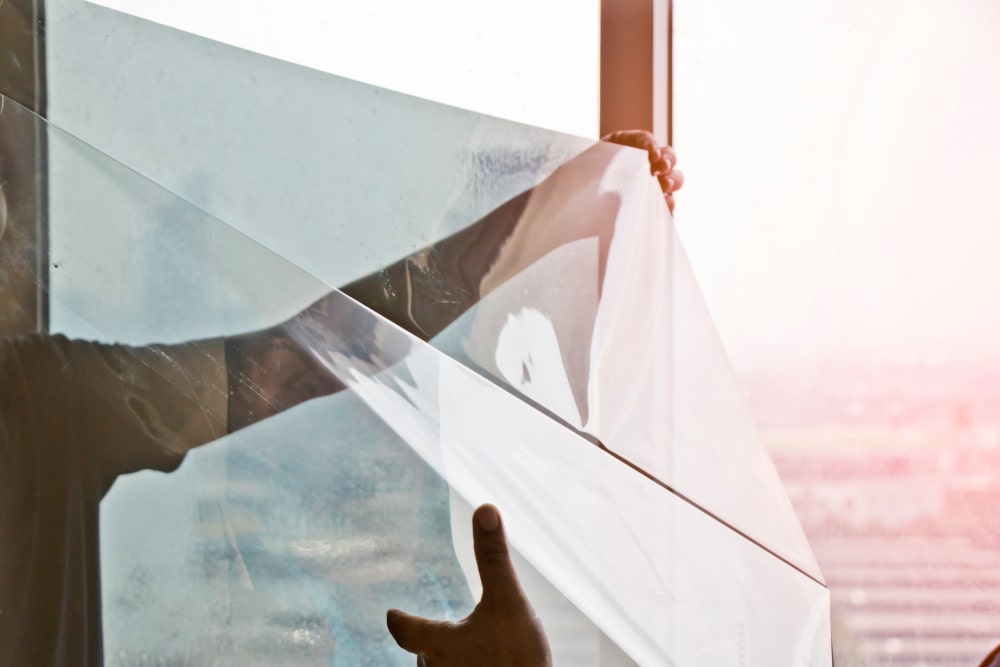 Insulation window film can have strong benefits when properly installed and is the most cost-effective option for reducing energy bills all year round. With similar window film products available for DIY installation, there have been some negative stories about the effectiveness of insulation window film. We explain everything there is to know about this great product.

What is insulation window film?

Insulation window film is a film that is applied to windows in order to control the heat entering and exiting your home or workplace. The aim of window film insulation is to provide all year round energy savings by blocking solar heat and glare during the warmer summer months while reducing the heat that escapes from your home throughout winter. Our insulation window film will be applied directly to the glass so you can still use your windows while still enjoying the energy-saving benefits.

How does insulation window film work?

Window insulation film works by reducing the heat and UV rays that penetrate your windows as well as preventing heat escaping. Some films reduce heat transfer of the window by up to 50% and block up to 70% of solar heat gain. This can have a very positive impact on your energy bills, especially over the longer term.

Why you should invest in insulation window film

There are several reasons why insulating window film is a good investment for both commercial and residential purposes that go beyond financial gain.

The main benefit, as previously mentioned, is the fact that insulation window film can reduce the energy costs for a building all year round. By retaining heat over the winter months, less energy is required to heat the space, be it an office or a living room heat saving efficiency remains the same.

Window film insulation has the potential to pay for itself in as little as 3 years and shouldn’t need replacing for up to 12 years. That means that you initial investment will continue to provide savings for over a decade. This type of investment is perfect for a commercial perspective where energy costs can be large and income can fluctuate.

Although the initial cost to have insulation window film installed might seem a lot – particularly if applied to an entire office building. But, when you compare the cost of upgrading to double-glazing or complete replacements, the price of window film falls far short and can provide similar benefits. However, if there are issues with the window seals or frames causing drafts then this is something you should address.

There are some issues that can arise from window film when installations are not completed by a professional.

Many people who apply insulation window film at home understand that it must be airtight in order to actually insulate that room. However, this creates an issue – the moisture has nowhere to escape. This can lead to a build up of condensation between the window and the film itself which can cause mould and destroy window seals.

Not easy on the eye

Again, many window films that can be purchased from hardware stores to be installed at home are low quality and, as such, don’t look very nice. Many just look like a sheet of cling film layed over the window and often these have very little benefit when it comes to insulating the room.

These common issues many have when installing insulating window film are why our experts are the best option when considering window film for your home or office. We have years of experience and a superior product that means you won’t have to tackle these inconveniences when you hire Guardian Window Films. Browse our site to see our complete range of window film options and discover which type best suits your needs. Also, you can contact one of our team today to discuss your needs in more detail and find out how we can best help you.